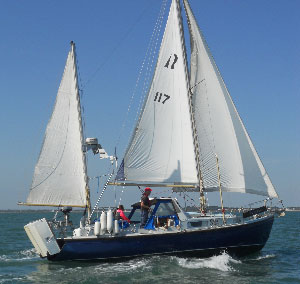 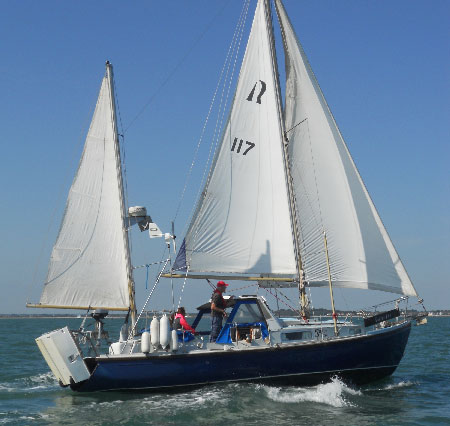 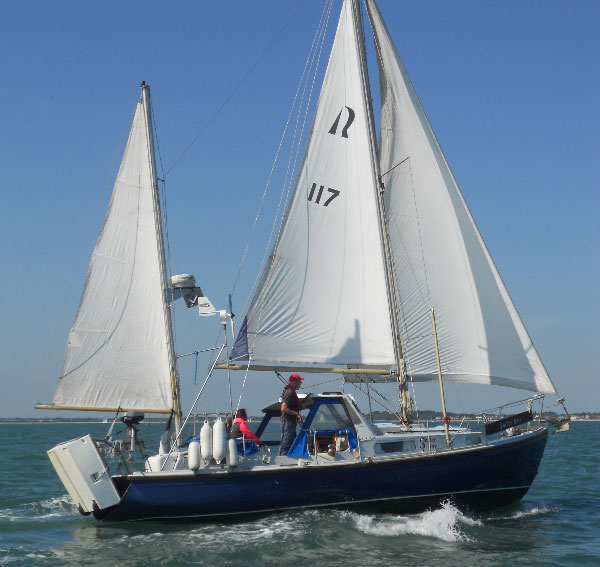 Like many people who get involved with boats, we start young, damming streams, making rafts and although parts of my family had been involved with making and sailing boats for the past 500 years, I was 40 miles inland so couldn’t get my own boat till I was in my early 20’s.

I worked my way up making glass fibre motorboats in every aspect including patternmaking until the company stopped trading in 1973.

I started with a 17’ motorboat and changed to a 17.5’ sailing boat a few years later, moving on to an old 26’ Snapdragon and then to an old Macwester Wight, all these boats were subject to many changes, extra lead in the keels, differing sail configurations etc, many ending as articles in Practical Boat Owner which has been a boon to me since the early 70’s. 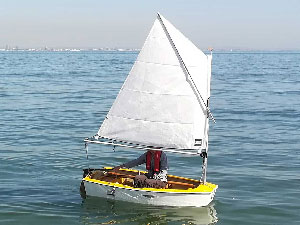 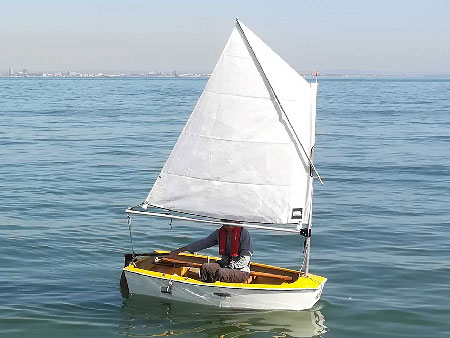 I had the inspiration for the Kombi from an article in PBO in about 1979 and made the first hull, unfortunately my other business (Calton Cases) took up most of my time until the case business moved to Austin, TX in about 2013 which left me time to concentrate on the dinghy.

The prime reason for building this little craft was to make something that I would use, it had to be able to be rowed, motored, sailed and be able to be stored on 26 to 28 foot boats and upward.

I have lots of fun sailing it and it always draws lots of interest, sadly production will be difficult now as we no longer have the facilities.

The idea of the Fender Hookers came from necessity really, I often sail solo or with few crew and someone always had to go forward and tie on the fenders coming into port unless left tied on and flipped onto the side decks which leaves a real trip hazard.

I started thinking seriously about this in earnest in the summer of 2019 having pondered for years, there have been quite a few versions and sizes, culminating in what we have now which is tried and tested and I don’t foresee many improvements from now on but you never know!

Over the past few years we’ve made several sets of boat cushions, cockpit cushions and of course our dodgers with inbuilt pockets, a boon for mooring ropes!

Always happy to chat and share information, that’s how we all learn.

Portsmouth Workshop
Not open to the public.